Dutch scale up Tony’s Chocolonely grew out of a journalist’s exposé of child slave labor in the cocoa industry and his dream of making the chocolate trade slavery-free. The Amsterdam-based company grew quickly, but its original collaboration apps didn’t support its international expansion or its work-life balance ideals. Tony’s Chocolonely found the best way for employees to work together, thanks to Microsoft Teams with Vodafone Calling in Microsoft Office 365. For the Tony’s team, its suppliers, and its “chocofans” and West African partners, it’s all about building real and transparent relationships. 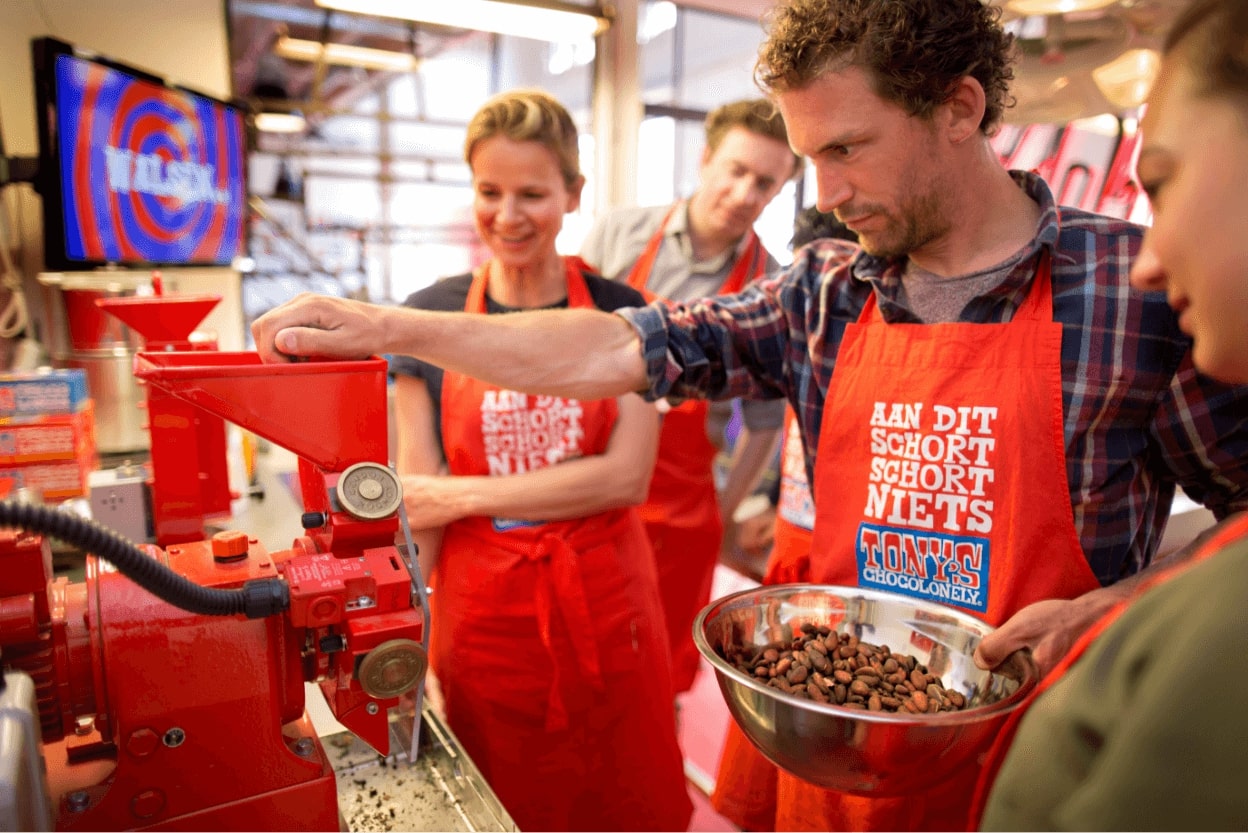 In 2002, Dutch investigative reporter Teun van de Keuken discovered that despite having signed a protocol designed to end forced child labor, none of the signatory chocolate companies were upholding the agreement. He decided to beat them at their own game—and on his terms. Since 2005, the company he inspired, Tony’s Chocolonely, has been dealing directly with West African cocoa farmers, enabling those families to earn a living wage so that children in Ghana and the Ivory Coast can go to school, not to work.

Why the name “Chocolonely”? Teun (in English, Tony) was fighting a lonely battle as a crusader against child slavery in the chocolate industry. In contrast to those first solitary days, the company has grown to more than 100 dedicated staff across Europe, West Africa, and the United States. Tony’s supports that network with Microsoft Office 365 apps, especially Microsoft Teams.

In ordinary corporate speak, Angela Ursem is a Marketing Communications Manager. But at Tony’s Chocolonely, she is a Movement Maker—a connector of people and messages. “Unlike other companies I’ve worked for, our goal isn’t about maximizing profit for our company,” she says. “Money is just a means to our mission. We’re an impact company, out to not just be profitable, but to change the whole industry. And we do it in a fun way.”
She points to the Tony’s Chocolonely motto: Crazy about chocolate, serious about people. Being serious about people means being serious about the company’s collaborations with partners and suppliers, and about educating consumers. “We say, ‘Share our chocolate, share our story,’” she adds. “And what goes hand in hand with our mission to share those stories and engage our internal teams is keeping our company open, honest, and communicating.”

For IT Manager Rick van Doorn, otherwise known as Chocomatic Fanatic, nurturing that Tony’s Chocolonely team spirit drives key decisions made by company leadership. “We say that our team comes first,” he explains. “Without the team, there is no company. And keeping that team collaborating optimally is vitally important to everything we do.”

The company focuses intently on messaging—within and externally. That means even the design of its chocolate bars amplifies the awareness it brings to the cocoa industry: each bar is unequally divided—portions that mirror the inequalities in traditional profit sharing. Internally, employees mix up workspaces every six months, sharing space with colleagues from different departments to build stronger team relations. That dedication to cultivating teamwork led the company to experiment with various apps purported to propel teamwork forward.

Reaching for a new level of collaboration

Tony’s Chocolonely came together as a six-person team. An early version of Skype for Business, one of the first Microsoft solutions the company used, and mobile phones supported the team as it connected with a small team on the ground in West Africa. But as the company expanded to sales in other countries, those methods couldn’t match the convenience of emerging collaboration tools. The team tried third-party messaging apps, but the constant exposure to instant messaging contradicted the work-life balance that Tony’s strives to provide its workers. The company also tried an online collaboration platform, but it quickly surpassed the trial license limit. Tony’s decided that the cost outweighed the benefits—committing to an enterprise license would have meant the expense of another software subscription minus the interoperability with the Office 365 tools that were popular at the company. And using multiple operating systems in a cloud environment meant that employees had to sign in via Remote Desktop Protocol sessions.
There was a better solution: upgrading to Windows 10, moving company data to Microsoft SharePoint, and managing devices with Microsoft Intune and mobile device management. Tony’s Chocolonely capped its modernization by rolling out Teams, a part of the company’s Office 365 subscription. Staff members can apply “quiet hours” availability settings in Teams so they’re not inundated with updates at all hours, unlike their experiences with the previous solution.

And interoperability with other Office 365 apps removes friction from communications on multiple levels, from file sharing to informal chats that reduce email volumes. For example, the Tony’s team now builds its annual report with Teams, easily sharing multiple source documents while knowing that team members are always working with the most current versions. As with every other aspect of work life for Tony’s employees, that strategy is carefully aligned with company values. “We use the chat feature in Teams to build the personal relationships we want to encourage,” says Ursem. “Email is more formal, more time-consuming. Chat lends itself to the shared humor and quick check-ins that naturally fit our culture and make us more efficient.”

With Teams, Tony’s team members have an informal, easy way to collaborate on projects with each other and with suppliers by using Teams Rooms. When he requires collaboration, van Doorn creates projects in Teams, with each workstream as its own channel. “Using Teams channels for project workstreams gives us easy visibility into progress,” he says. “And because we set up our suppliers in Teams, it’s easy to get fast answers from them when we run into blocking issues on projects.” 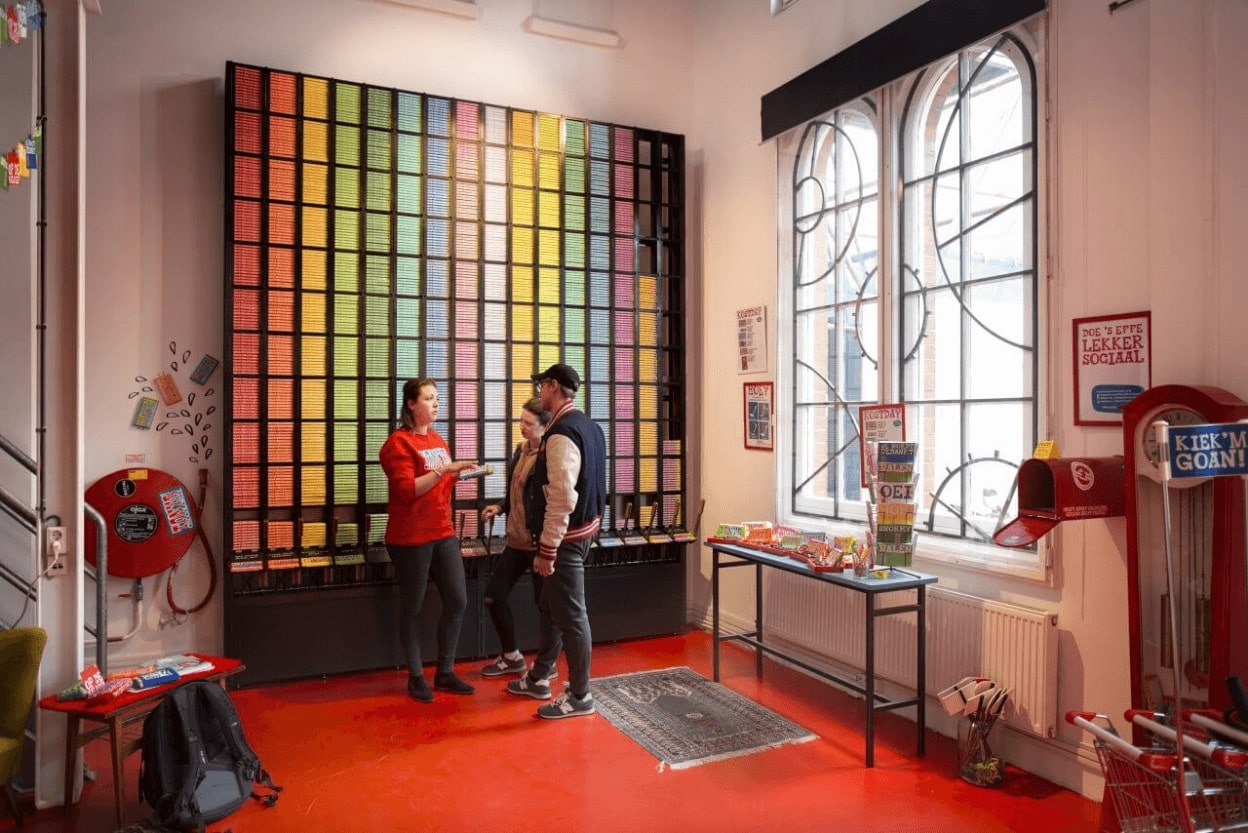 Keeping it simple: One team, one communication system

The masterstroke for Tony’s was consolidating telephony with Office 365 in April 2019. Tony’s employees can now access the company landline through Teams with the Vodafone Calling in Office 365 solution. For customer contact, Teams is extended with the Anywhere365 Contact Center. Because the solution interoperates with Salesforce, incoming calls can be logged in the company’s customer relationship management system for inclusion in the customer database. “Using Teams with Vodafone Calling in Office 365 amplifies the personal and transparent approach we’re known for,” says van Doorn. “We can talk to our chocofans with full knowledge of their prior backgrounds, orders, and feedback.” Incoming calls automatically route to the best person to handle the call, no matter where that person is, and contact information is included for the convenience of the person receiving the call.

Since implementing Teams, the company has averaged a 10 to 15 percent decrease in its total email volume. Ursem and van Doorn point out that this is happening despite steady company growth. “We’re pushing communication to the channels where it can happen most effectively,” says van Doorn. 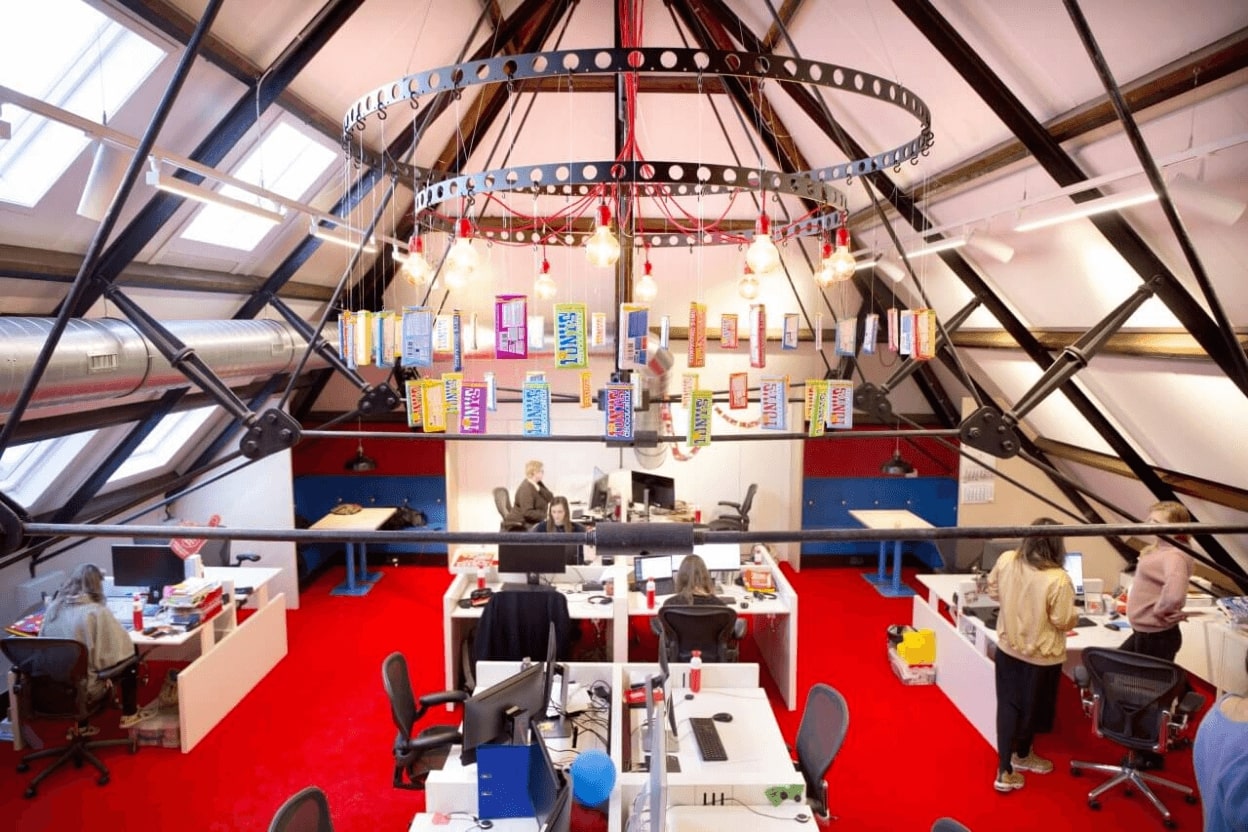 Focusing on the future with cloud computing

The Tony’s IT team is just four people, including van Doorn. That lean number falls in line with the company’s long-term strategy. Tony’s started with an on-premises infrastructure but migrated to the cloud about 10 years ago. “We were growing rapidly and needed to be scalable,” recalls van Doorn. “And we also looked at the growing number of relationships we were managing—both customers and suppliers, plus our rapidly expanding staff. We felt that committing to a complicated IT landscape in terms of connections, interfaces, and equipment would have been a risk.”
Cross-functional collaboration also underpins daily and strategic operations at Tony’s Chocolonely. Teamwork fans out from internal teams to a swath of partners that support different aspects of the Tony’s operation: web developers, product wrapper suppliers, retail stores, and many others. In fact, Tony’s Chocolonely now expects its suppliers to collaborate in Teams. “We’ve implemented the entire Office 365 suite,” van Doorn. “All of our data is on SharePoint. With this modern working platform, we can easily collaborate with our partners, suppliers, and with each other.” The company also hopes to reduce business travel expenses by 10 percent now that so much collaboration takes place in the cloud.

For the people behind the Tony’s Chocolonely brand, it comes down to relationships. “By growing long-term relationships and paying a higher price—above the market price plus the Fairtrade Premium—to West African farmers, we’re trying to create an equal partnership,” says Ursem. “And if we’re performing well, other companies will be inspired to shoulder this responsibility, too.” 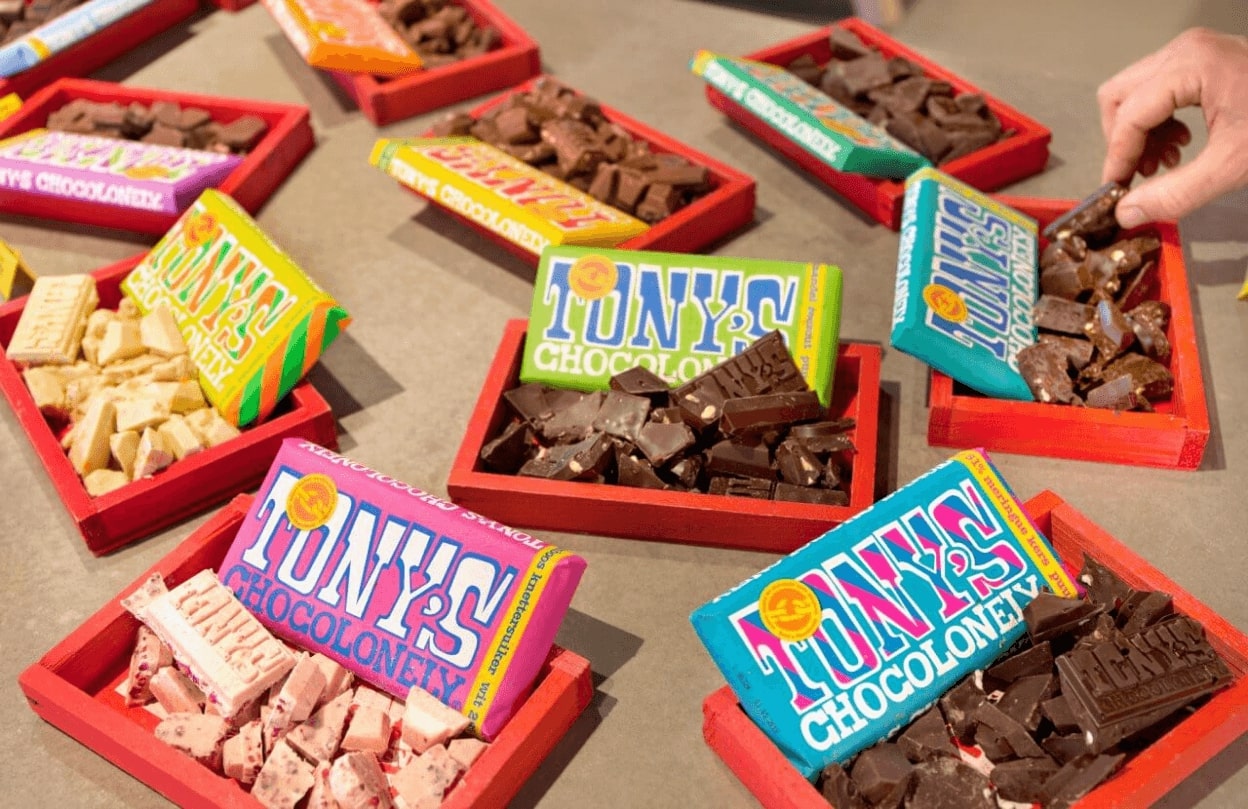 AFAS Software is known to be a super customer centric company. They've proven that connecting different sources of data can make the customer experience very specific and personal. Check out this video to see how. 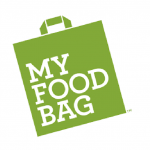 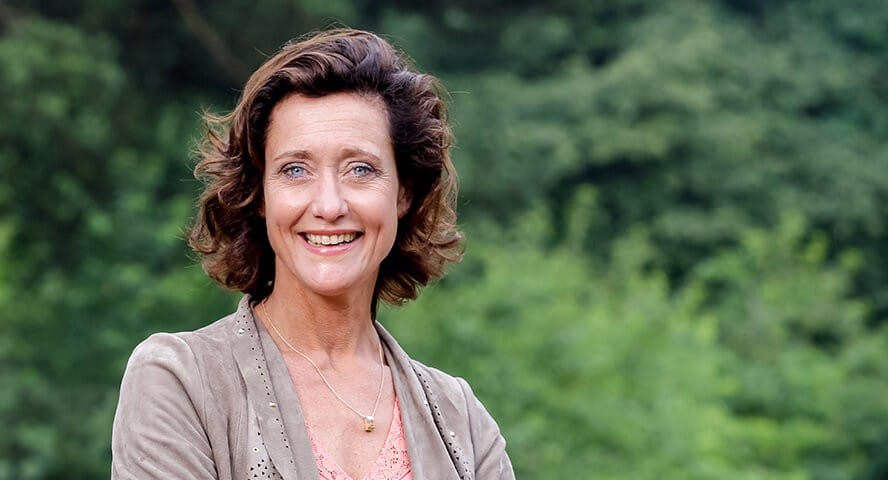 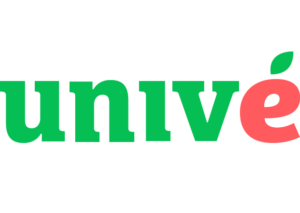 Sign up to get the latest announcements and updates delivered to your email.

Get the latest announcements and updates delivered to your email

Do you want to be the first to know all news on Anywhere365®? Sign up to get the latest announcements and updates delivered to your email.